Gone are the days when I used to go to a ton of local developer meetups. After Polyglot YYC, this was the second conference I joined this year. This was a 50/50 event for me in terms of like vs. dislike. Here goes my notes:

Ix-Chel Ruiz presented the keynote to start the day. Her storytelling style reminded me of WWII movies, where a lot of cloudy and gloomy scene keep getting darker and darker, ending with a deep sense of sadness. Ix-Chel used quotes from the likes of Prof. Galloway and Elon Musk to tell a story about how the modern tech is creeping into our private lives. I wish she had prepared for the keynote a little better. She paced it so slowly yet ran out of the material half-way through the slot. In a way I liked the early finish because I just wanted to feel optimistic about the future.

The stunning view of Banff landscape brightened up the mood a bit: 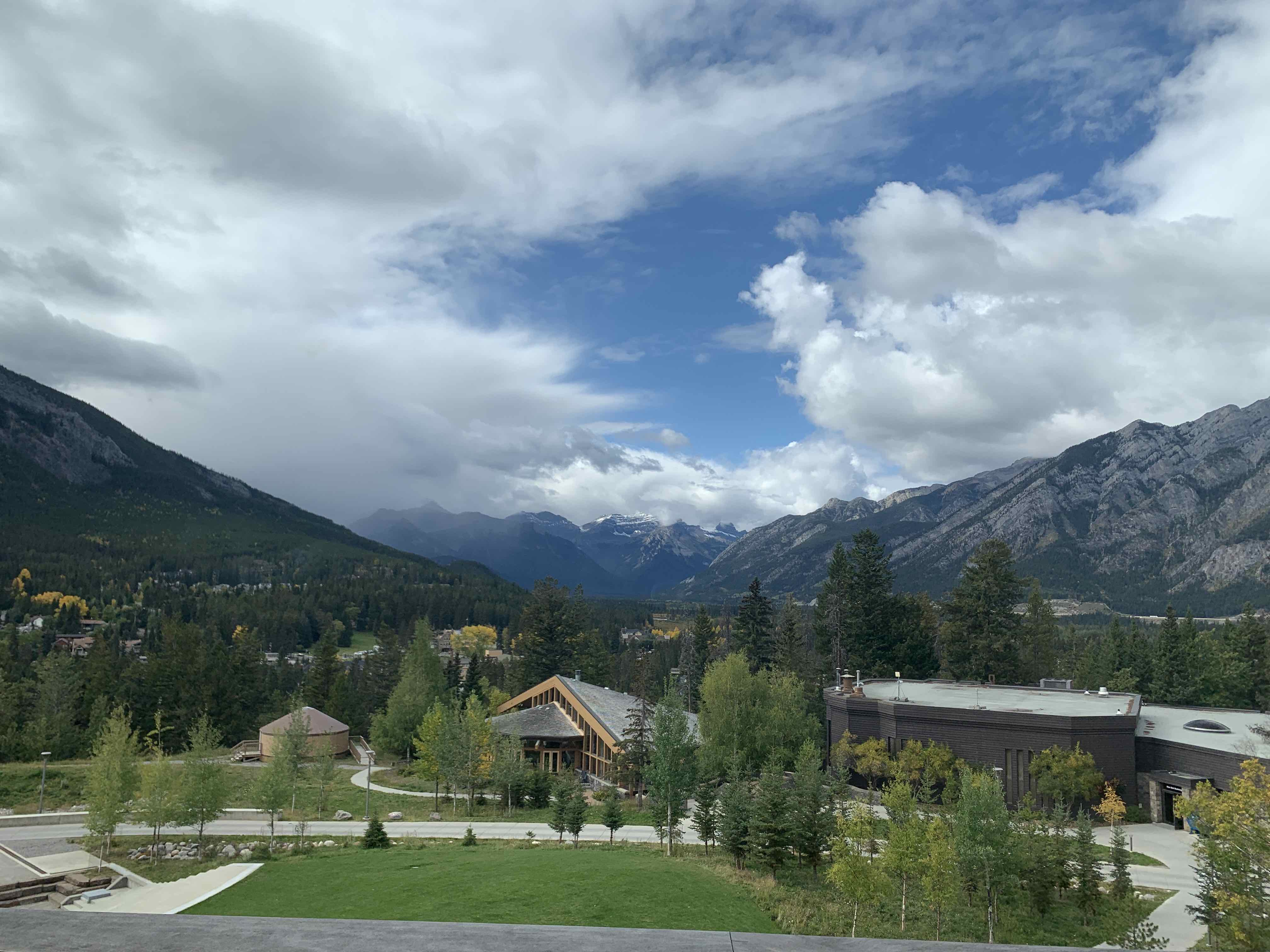 There were 4 other talks on the same day and I liked the talk on Vue.js and Vuetify by Dave Paquette. Since, I use VueJS at work, it was easier to relate to. Dave showed us how he’s using Vue.js to render a real-time collaborative UI for complex seating requirements at FlyOver Canada.

Among other talks, there was one on data management for machine learning and another one on Kotlin, I liked these talks but didn’t fully relate with the topics.

There was another talk on using EventStore for event sourcing. The presenters set the story saying that they had an opportunity to try new technologies while rewriting a “monolithic” application and they used EventStore with “multi-services” to implement it so it’s easier to evolve the system. I’d love to see some evidence of the desired outcome, that’d be motivating. But in the end it was about the “how” instead of the “why”.

One thing to note is, even for talks that could be more engaging, I still learned quite a few new things.

Beyond the talks, I like going to conferences as it opens the opportunity to meet new people and some known faces. In hindsight, had I known about this event before the talks were finalized, we’d have submitted a few proposals from Cisco. Looking forward to the next round for an opportunity to share some innovative work we’re doing at Cisco.