FIFA world cup 2010 is almost coming to an end. This is definitely the greatest show on earth and I have been all occupied with the matches…

However, the show started almost immediately after I was back from Europe. It was a nice tour, starting a day at Amsterdam. Then to Trondheim (Norway), Stockholm and the best part was the night long sea cruise to Helsinki. An experience to remember for the rest of my life.

The days were eventful to say the least. At XP 2010, I presented my paper. Here is the presentation for my caring readers :-)

But XP 2010 was also a great place to meet people from around the world who care about software, its crafts and of course impacts. In very short, I found people to be very interested and starting to explore the possibilities with Lean and Kanban. This was a little surprising, because until now it has almost always been Scrum and XP to have a covering meaning of Agile. But, the industry seems to be leaning towards Lean. This is the beauty of being agile, to be able to adapt with time!
However, Norway seemed to be an expensive place even compared to Calgary. But, don’t shy away from Norway for this reason, they have spectacular beauty in their landscape. Serene and soothing. While staying in Trondheim, I visited a cathedral from early 1000’s. It was amazing to see the cathedral still standing firmly after so many years… extreme engineering! The city was full of historical buildings… if you haven’t heard, the Harry Potter building is actually the main academic building at NTNU. (kidding! but the locals really call it by Harry Potter building)
This is me and my wife in front of the Harry Potter Building! The city tour and canal cruise at Amsterdam was also a pleasant experience. It was nice to see the centuries old bridges and roads still serving the people so well. It is indeed a bicycle city, everyone in the city seemed to have a bicycle… believe me, they have multi-storied parking facilities only for bicycles! No wonder, why they are so healthy as a nation.

Next, Stockholm is a city full of life. You will see people dancing, having a drink and enjoying their times with friends everywhere. Especially for people like me, who barely see any crowd in Calgary, will find the place to be very exciting and inspiring.

Our Stockholm stay was rather short as we went to Helsinki on a sea cruise with Viking line. This was very eventful. Firstly because me and my wife lost each other when I was rushing into the ship as it was just about to start… then I stepped out of the ship, rushing back to the checkin counter and heard her crying like a baby… she was so upset and so scared! But we eventually managed to get into the ship may be 1 min before the doors were locked! 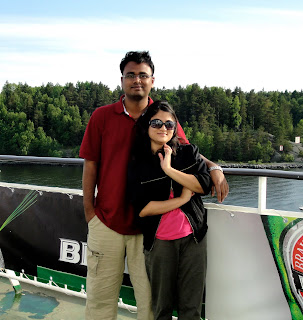 But this late entrance came with a surprise! We were given a window side cabin although we didn’t get one while booking… and the awesome journey began. It was around 5:30 in the evening and the view from the deck was so nice. And there were live music and dance uptill midnight, nice romantic trip altogether. When we landed at the Helsinki city, we roamed around the tourist hotspots and I slept on the grass. Really! I took the following photo before I fell asleep.. 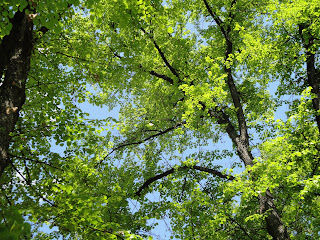 However, back to normal life and the greatest show on earth started! At office, I have kind of wrapped up the application that I was working on for the last 3 months and now heading towards another project. This time its gonna be Java after a looong time… At the lab, trying to wrap my thesis related implementations by the summer. Discovering lot of things as I am working with Lucene, Solr, Tika, Acts as Solr and these full text search engine related stuffs. Hope to push a post about these things when I get some time!
But, this is summer in Calgary. And I attended the Canada Day fireworks at the City hall. Here is a photo of the event for my reader: 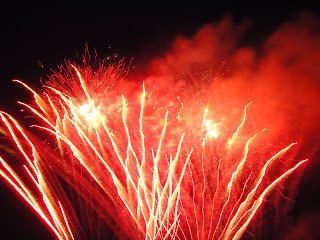 This is pretty much it. Looking forward to the events at Calgary Stampedes. Hopefully this will also be a wonderful time pass. I will see if I can be back with some real “meat” in this blog shortly!